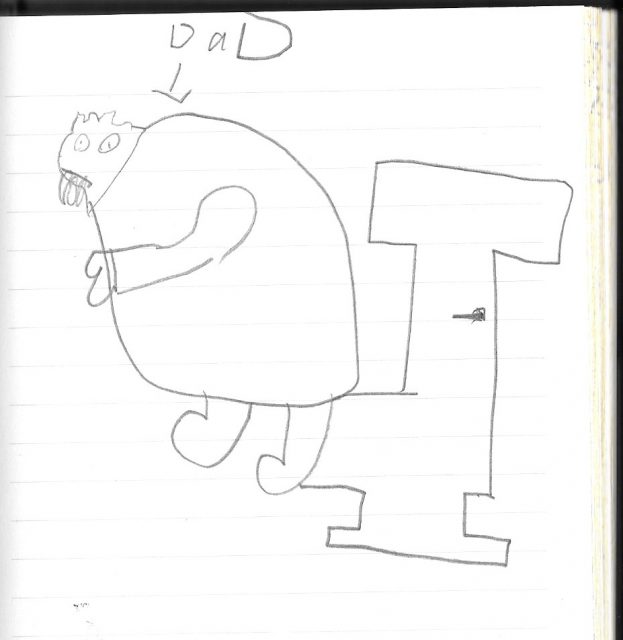 Posted at 16:28h in News and Updates by Sandy Dean

And so it has happened… I’ve discovered I’m the bizarre, at-home, main attraction in the never-ending act of surviving my kids! I came to this realization standing beside the sink, gritting my teeth because my kids had thrown yet another popsicle wrapper into the sink (no, not the garbage… the kitchen sink!) and my wife paused to stare at me, then stated gently, “you’re turning into a one man freak show.” No, it did not make me feel good. Nope, I didn’t laugh either. Frankly I was still mad about the garbage in the sink… the kitchen sink!

That’s when I realized the whole family dynamic had evolved, and unforunately, I was the odd man out. It became clear to me when I turned to see both my boys and my wife snickering at the kitchen table. Yes, Dad’s bitching had pretty much lost all effectiveness, and now…? Now it was something to be made fun of. What’s a dad to do when the rest of the family is teaming up on him? Well, I smiled and played a long. I’ve been in this game long enough. It’s useless to try and power home my point when everyone’s turned it into a big joke.

Honestly, this is how the world is… filled with good and bad. In the movies, you can’t have a hero without the villain. Unfortunately, in my house, I had become the villain… and it looked like Mom was the hero. I should have expected it. After all, I married “Mom” because she was pretty cool. In fact, she’s kinda my hero too. But hey! I wanted to be the hero! That’s the way I had planned it before I had kids. The patient, fun, understanding, wise Dad that the kids wanted to always be around was supposed to be me! Well… I get that, maybe 10% of the time. For the other 90% of the time, there’s work, cleaning, chores, bedtime, and of course, the fight against Fortnite.

Frankly, I’ve become the policeman of the household. Enforcing the law. Setting up the barriers for the big events. Taking care of unruly, out-of-control revelers. Unfortunately, it’s called responsibility and of course, it’s important. Yup, the kids now know – Dad’s all about the rules… and that means not getting caught eating in the car! (but somehow, me getting angry still hasn’t stopped them) He’s becoming almost stodgy. In fact, he’s becoming… a Dad! And in old-school, typical fashion, Mom is the more nurturing one, so she gets to be the hero. Dang that Mom!

Well, I’ll be honest. It’s not the worst thing in the world. Our family is a lot of fun. And if they like to poke fun at my for getting up tight about all the stains, sticky fridge handles, and garbage in the sink – so be it. I have learned not to get TOO upset about things now. Plus, over time the kids have gotten better, and know not to push things too far. They also know what buttons to press (along with Mom) to get a rise out of Dad. Geez. I guess every story needs a villain, right?? Thus the “one man freak show” now playing – pretty much every day at our house.