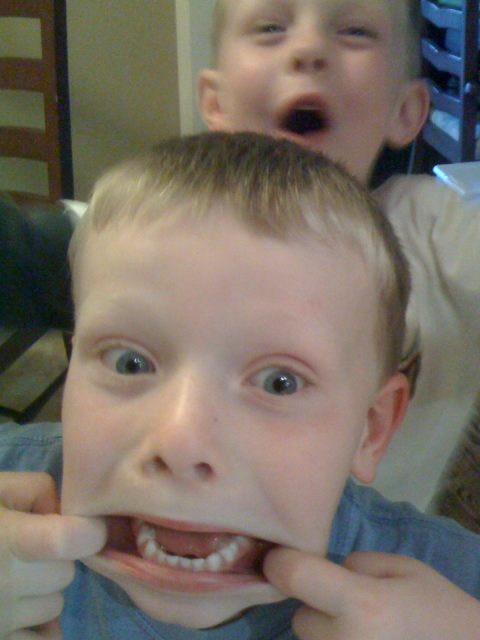 28 Dec A STORY OF “ANGRYIFYING”

Posted at 18:10h in Uncategorized by Sandy Dean

“Angrifying” – that’s my new word for things that drive Dad NUTS!  I’m always searching for new ways to describe the ever-building-gnawing angst, at those little every day things that make parenting so… cough!… enjoyable.  See “Exhibit A” below:

EXHIBIT A:  A box of Cheerios on its side, because it doesn’t fit upright – so it’s on top of all the other nearly finished cereal boxes that don’t really have a bowl of cereal left in them… BUT have just enough to take up space, until Dad decides he’ll eat those crumbs.

But I digress… This is my “angrifying” story.  It wasn’t JUST that the Cheerios were on their side.  It was that when I tried to pull them out of the cupboard sideways – the box was wide open!  Spilling Cheerios all across the floor of the kitchen at 7am.  And Dad had NOT had his mug of coffee yet!

In the past, I would have yelled and made the kids clean it up.  Hopefully teaching a lesson about putting away things properly, while my kids complained that it was my fault for spilling the precariously placed cereal.  But not this time.  Nope.  I yelled, then quietly went and swept up the Cheerios myself.   So what does this mean?

Have I finally lost the war?  Have I given up on trying to coax my kids to do the right thing, and now I’m meekly tucking my tail, ducking my head, and just dealing with my downtrodden fate?   OR have I finally matured as a parental figure – and realized my kids made a small mistake, but at least tried to put the Cheerios away in the cupboard.  Well…?

The answer most likely is…  They booby-trapped the cupboard and right now, they’re laughing behind my back!!  Once I have my cup of coffee, no one’s getting away with something like this!   Actually, in all seriousness, I don’t know.  The fair answer.  And the answer that has always been the answer for the past 10 years is… I don’t know.  Yup, I don’t know.  But I’m still a little “angrified”.

At least my cup of coffee is making me feel better.